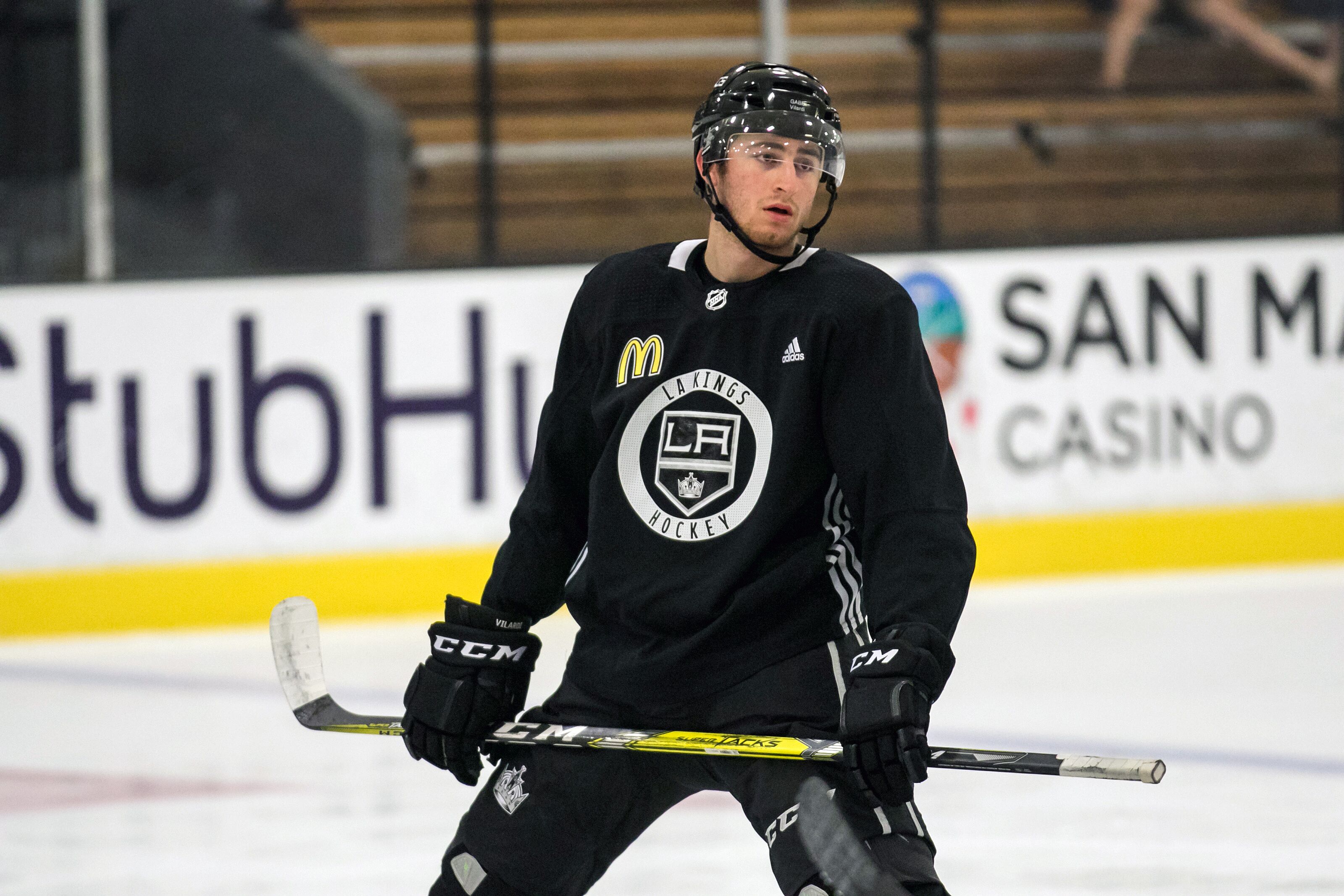 It is officially the lull of the offseason which means it’s time to discuss LA Kings prospects who will be challenging for roster spots this season and where each of them will most likely end up!

Gabriel Vilardi – If you were to open a dictionary printed in 2018 to the word Dominant you would find a picture of Gabriel Vilardi. The LA Kings haven’t gone wrong with a number 11 draft pick in recent history (Jonathan Bernier ‘06 and Anze Kopitar ‘05) and it seems like that streak will continue with this pick.

All we need to know is that Vilardi was projected to be a top 3-5 pick by NHL Central Scouting but due to his speed, or lack thereof, he dropped into the LA Kings lap at 11. As I watched him at prospect camp in early July I could see a clear difference between him and the other prospects.

He looked effortless, the puck always seemed to find his stick, his shot sounded hard enough to shatter the plexiglass behind the net, and he held a veteran presence despite being one of the younger prospects.

Vilardi was the third top scorer on his junior team, the Kingston Frontenacs, in scoring this season. I can already read your comments “If he’s so dominant and as great as you make him out to be why wasn’t he the top scorer on his team?!?” and to that, I respond…

Gabriel Vilardi only played 32 games this season and still managed 58 points, if you scale that to the next two players who scored more than him (87 pts in 68 gp and 85 pts in 67 gp respectively)

Gabriel Vilardi might have scored around 123 points which would have made him the OHL’s leading scorer.

I see him being slotted in a 3rd forward role splitting time in the circle with fellow 1st rounder Adrian Kempe and Alex Iafallo on the other side for a fast and young energy line which could grow into a dangerous second line as the older players move on.

Verdict: Vilardi will be on the first year of his Entry Level Contract but the LA Kings have a 9 game period to decide if they want to keep him up on the big squad for the full season.

The way ELC’s work is that the NHL club can have a good 9 game look at a player who hasn’t played pro and decide if they will send that player back to juniors or play pro.

Once Vilardi plays his 10th NHL game he will officially be playing off the first year of his contract regardless of if he gets sent back to his Junior team or gets injured.

Expect him to make the team this year.

Next: Sleeper Pick This Year
Next1 of 5Prev post
Use your ← → (arrows) to browse
Load Comments
Event Tickets
Powered by StubHub
Top Stories